here a place where u guys can dload all video,series and movie hits at Japan...
mostly the source link from rs@rapidshare...plz be patient while dload k..=p
i've the premium account but sadly can't share it with u guys coz it's for member's only..so sorry....
credits for Ap, Wan and all Polimas gengs. 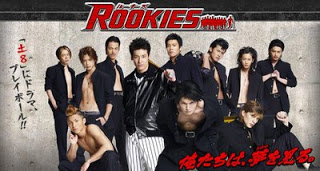 Special Thanks to Subber.

The story revolves around a high school teacher and coach that tries to reform delinquents by having them join the baseball team.

Kumiko (known by her students as Yankumi) becomes a teacher at an all-boys private high school. Her class is full of delinquents, but she tries her hardest to teach them not just about academics (her subject is Mathematics), but about lessons of life, much like any dedicated teacher story. Though shes forced to keep her family a secret from the public, her Yakuza upbringing gives her the strength and the experience to reach out to her students, while also providing comedic relief. 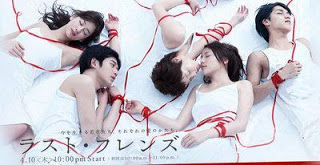 Special Thanks to Subber.

Last Friends tackles issues that afflict the current generation. Michirus mother has brought a man back to their home and she is bullied at her workplace where she works as a beauty parlour assistant. She starts cohabiting with her boyfriend, a good young man who works at the Child Welfare Division and the only person who can give her emotional support, but ends up the victim of domestic violence and becomes fearful of love. The boyishly charming Ruka was a classmate of Michirus in junior high school. She has performed brilliantly as a motocross racer and aims to win the national championship, but as the story progresses, a deep worry that she can neither confide in her parents or close friends grows evident. Takeru is a hair and makeup artist acquainted with Ruka. He is a good confidant to females due to his kindness and perceptiveness, and finds himself attracted to Ruka but has a phobia of sex as a result of a past trauma. The three of them become house mates and through their associations with others, gain the capacity to be positive about life. jade_frost 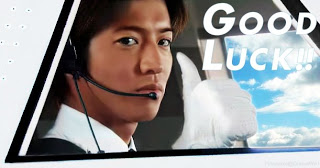 Having achieved his life-long dream of being a pilot, Hajime is first officer on an international jetliner and is now working to become a captain. But he cant seem to please Captain Mizushima, who has become an exacting taskmaster since an air incident many years ago. To complicate matters, he begins a relationship with stubborn and straight-talking mechanic, Ayumi, whose parents died many years ago in the plane crash for which Captain Mizushima feels he is responsible. What follows is a story of 21st century love, dreams and passion.

Synopsis:-
Two girls, both named Nana and of the same age, coincidentally meat on a train trip to Tokyo. They soon find theirselves living with each other under the same roof because of an even bigger coincidence. Even though they share the same name and age, they differ in just about everything else. Even so, through hard experiences in love and life, a strong friendship is born between them, as both Nanas grow through their hardships and struggle to win the odds.

Synopsis:-
Nana Komatsu is pregnant with her first child. However, her friend Nana Osaki seems unhappy that the child's father is not Nobu, a good friend of theirs. Instead, the child belongs to Takumi, bassist of the popular band Trapnest's. Both girls struggle through life while trying to keep their friendship from falling apart. 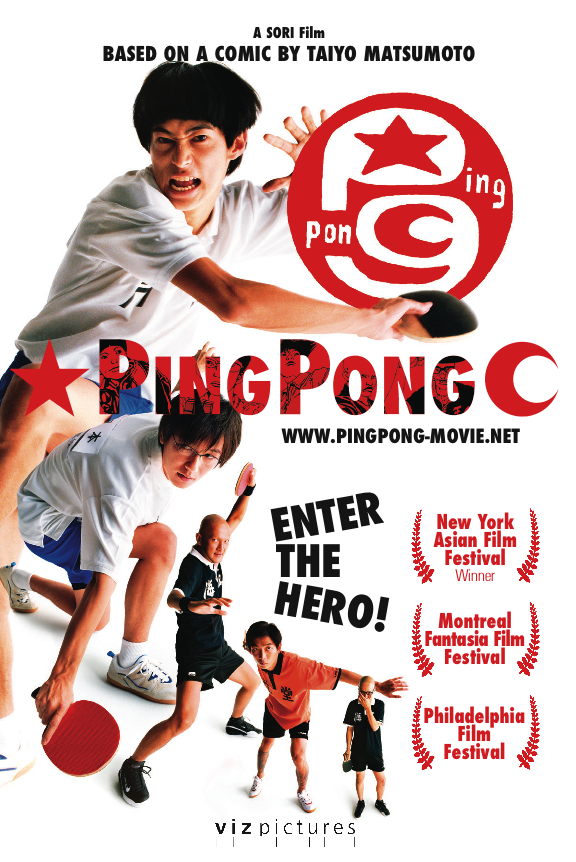 SUICIDE CIRCLE is another Japanese movie that's gaining notoriety for pushing the limits of film violence ever further. In recent years we've had AUDITION, BATTLE ROYALE, VERSUS, ICHI THE KILLER and now this.
One day in May, 54 Japanese happy and healthy school girls line up along the platform of a Shinjuku subway station and simultaneously throw themselves under a speeding train, in an opening sequence quite unlike any other. Gruesome hardly begins to describe the scene. Thankfully the low budget doesn't allow them to show the carnage in *too* much detail. A little later in the day, two nurses throw themselves out of a hospital window for no particular reason.

The police are mystified - the body count is rising and no particular connection between the victims is apparent... no motive or pattern. But a phone call tips them off to a strange website that counts the suicides...before they happen. This raises the question - are they really suicides at all.

SUICIDE CIRCLE is part horror movie, part detective mystery, part social criticism, part philosophy and mostly very strange. The director apparently normally directs gay porn for a living, so it's not surprising that he brings a different set of rules to his feature film than the average movie maker. The film is decidedly confrontational, presenting a complicated
structure that opens up lots of questions and rarely lets out any answers. Why would these people commit suicide? The film challenges you to look for the answer inside yourself, rather than handing you some neat solution. The movie perhaps suffers from being too obtuse, but not at least from being too conventional.

The movie has been compared with BATTLE ROYALE, which is not entirely unreasonable given the themes and overall shock factor. SUICIDE CIRCLE is definitely not in the same class, but then it didn't have a director with the talent and experience of Kinji Fukasaku. Like BATTLE ROYALE, the violence and gore is likely to be the thing that gets the movie the most
infamy. Not quite as much on display here, but some seriously OTT blood and guts in places. Not for the faint of heart or stomach. The acting is probably the place where the quality gap is widest between the two movies - Fukasaku gets fantastic performances from his entire cast, but Sono Sion gets average to downright poor performances from his. He's sometimes
directing kids as young as 5 or 6 though, which has got to be harder work.
Various things like the acting keep SUICIDE CIRCLE from being great work, but it is definitely an interesting and unique one. Plenty of blood and guts and a little bit of food for the mind as well. The message and meaning here isn't sufficiently deep (or clear) for me to recommend the movie to anybody that would have a hard time getting past the shock moments to appreciate it. For those who like a little carnage with their breakfast, though, this is the latest one to watch, and is somewhat recommended. 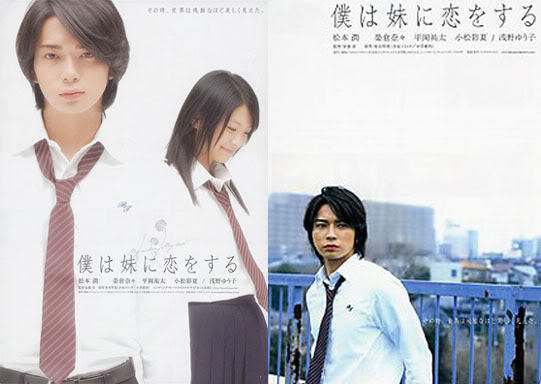 Synopsis:
High school student Yori is in love, but it is a love that cannot be spoken. Close with his twin sister Iku since childhood, Yori knows that his feelings for her are more than just that of sibling love. He tries hard to hide his feelings and even push Iku away, but the emotions within him keep growing stronger and stronger until one day, he confesses his love to his sister. Although confused at first, Iku gradually realizes that she too feels the same way, but they know that their love can never be accepted.

Synopsis:
The cell-phone novel that moved 11 million to tears.

Uploaded to a cell-phone website, this tale of an average girls three stormy years of high school, a saga of love, rape, pregnancy, miscarriage, parting, and reunion, is in fact a true story. Striking a chord with many women, its popularity spread like wildfire by word of mouth, and published in book form was an instant best-seller, with 1.3 million copies snapped up in only three weeks. The work is a true phenomenon of the emerging cell-phone society. 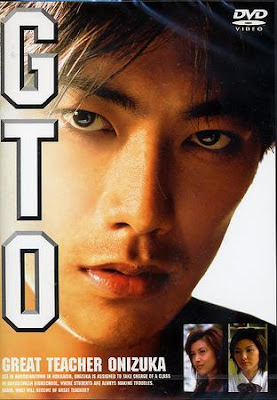 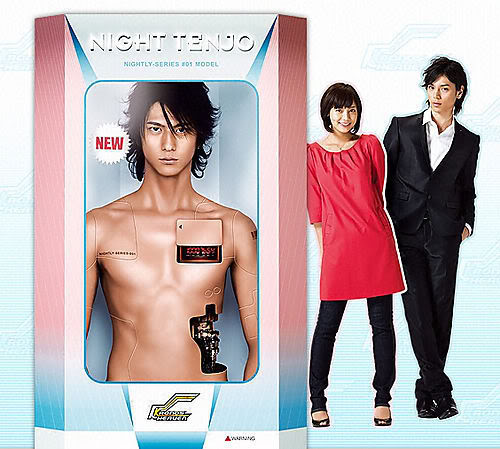 Four schoolboys find themselves the last virgins left at school. During the summer holidays, a girl they knew as children eleven years ago, moves back to the neighborhood. Despite their childhood attraction to her, they realize she is a mere shadow of the "princess" they all thought they knew. This story of summer - love, friendship, school, family, the hypocrisy of adults, complications of life, experience and failure - is set in an everyday shopping district and shows the clumsiness of children who have developed a little later than their peers. It's a bright romantic comedy that both young and old can appreciate.